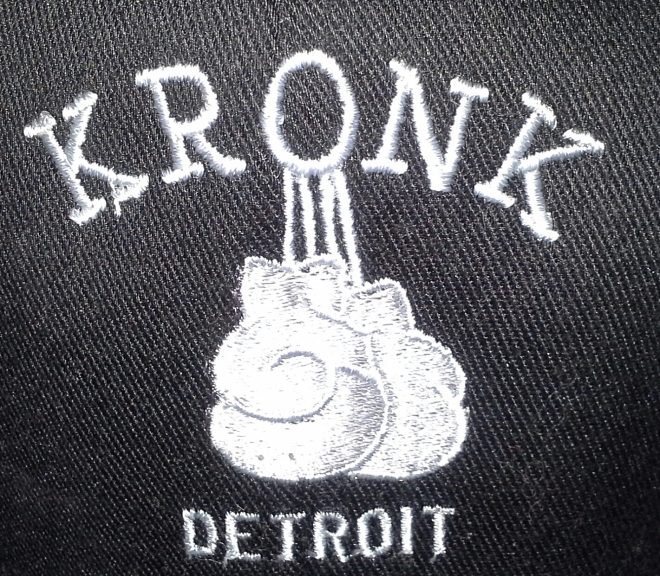 Emanuel Steward’s memory and profound effect on the sweet science is still being felt through those he taught, not only through training, but in life. Memories of the Kronk Gym legend resurface many times as you look around the sport but more so when you see current champions Wladimir Klitschko, Andy Lee, and Adonis Stevenson in the ring utilizing the skills instlled in them by the Hall Of Fame trainer.

However, it’s not only the current crop of champions who bring back these memories; there is a junior middleweight prospect that can be added to the list as well. Detroit’s Tony “Super Bad” Harrison (19-0 16 KO) is one of the last protégés of the late great “Godfather of Detroit Boxing” and a rising star in the game.

If you’ve not yet had an opportunity to see Harrison in action you’re in luck, he headlines this week’s ESPN2”s Friday Night Fights from the MGM Grand in Las Vegas against Miami’s Antwone Smith (23- 5 12 KO).

Harrison, a 6’1 orthodox fighter, comes from strong pugilistic bloodlines. His father, Ali Salaam, is a former fighter turned trainer, and his Grandfather “Hammering” Henry Hank, was a hard punching middleweight in the 50’s & 60’s who faced the best fighters of his era including five International Boxing Hall of Famers: Joey Giardello, Dick Tiger, Bob Foster, Harold Johnson and George Benton.

Harrison went 75-12 as an amateur while winning Michigan Golden Gloves titles and reaching the National semi-finals. Shortly after, Harrison briefly considered pursuing the Olympics but it was at this time that his bond with Steward began to form and redirected his journey. Steward became his trainer and Harrison opened up his career with a first round knockout on the undercard of Klitschko vs. David Haye in Hamburg, Germany.

Harrison had three strong performances in 2014. He opened the year in February against Grady Brewer and stopped him in two rounds. Brewer is a very tough out who had taken Matt Korobov the distance in his previous fight. While Brewer had been stopped several times before in his career, Harrison matched Kelly Pavlik as the only fighters to dispatch Brewer that quickly.

In his next fight in May, Harrison stopped rugged veteran and fellow Michigander Bronco McKart in the first round. McKart had stopped his two prior opponents before facing Harrison but had never been stopped as fast as the hard punching Motor City slugger did it. To close out the year, Harrison blew out Tyrone Brunson (22-3-1), in one round in December.

Harrison has a destroy or be destroyed mentality. He’s a throwback fighter of sorts who wants to end his opponent quickly, but don’t let the power fool you into thinking he’s one dimensional, the kid can box when he has to.

“It is a dream come true that I get to really display my abilities to the world,” said Harrison. “I want to let the world fall in love with a fighter that they haven’t had a chance to see and I think this is the chance I need. You have to be able to entertain and I think I bring that. Antwone has fought some great contenders and he is tough to stop but my game plan doesn’t change. I’m going to go out there, do my thing, put on a show and knock him out.”

Smith, a pro since 2006 hasn’t fought since August of 2013 when he was knocked out by Jermall Charlo in the second round.

“I’ve been out for a while and I feel like this is a great opportunity. It’s like I never left. I’m motivated and ready to go,” said Smith. “I’m coming to fight, I’m ready to go 10 rounds. He hasn’t been that deep. I know I can go the distance so all the questions are on him.”

All up and coming fighters have to continue to answer questions as they move along their journey, questions that to this point Harrison has answered with exclamation points. When you grow up the youngest of eight siblings battling the hardships of Detroit and sometimes not knowing if you’ll have a roof over your head or clothes on your back, your internal fortitude is shaped at an early age preparing you for the challenges that lie ahead.

As Harrison continues to pass each phase of a young fighter’s initiation, the stage in which he showcases his talent will get bigger. Take Al Haymon’s new series, the Premier Boxing Champions on NBC, the inaugural show debuts on Saturday the day after Harrison’s bout. Harrison is in Haymon’s stable and continued success would no doubt see Harrison competing in a PBC event in the future.

There is a “Super Bad” slugger ready to earn his way to the honor of being called champion and by doing so ignite the flame of Steward’s memory once again.