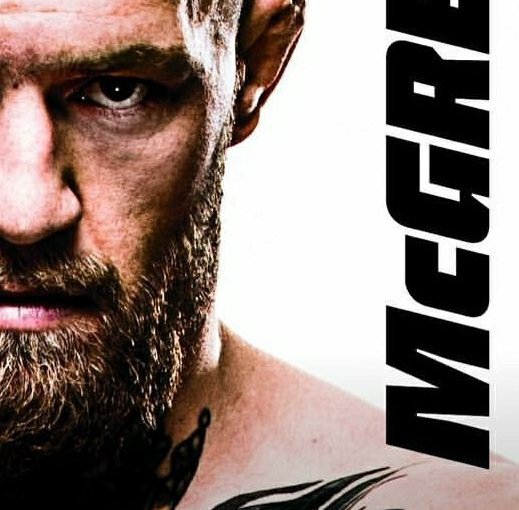 On a brisk foggy evening in Dublin, Ireland, the sounds of a rambunctious crowd empties out from a local pub into the night air. A sharply dressed man walks by and entertains the thought of joining the crowd; however, his mind drifts towards the octagon, it is a thought that dissipates quickly. That is not my direction at the current time he thinks, but what is?

At that same moment in the late morning hours of Las Vegas, Nevada under a blinding sun, a man, a year and a half into retirement contemplates a return to the ring. There are plenty of young lions in the game but there were young lions before retirement, it will take more to lure him back. What challenge will I need he thinks, what will make financial sense?

At that moment, the fog begins to clear in Dublin as a cloud covers the sun in Las Vegas. It suddenly becomes clear to both men. The Irishman says “Floyd Mayweather” as the American says “Conor McGregor”

And so it began. Boxing vs. MMA, Money vs. The Notorious One, TBE vs. GOAT, USA vs. Ireland, Grand Rapids vs. Dublin, Champ vs. Champ, and so on and so on….

The easier path and non journalistic suicide route would be to feature Mayweather and talk about the beauty of his work. Get granular on how he’ll control all aspects of the fight through his counter punching, his movement, his jab, his feints, and the impenetrable trademark shoulder roll but hey, where’s the fun in that? Scour the internet, that’s all you will find.

In a “normal” boxing match, all these things would be the case; however this is not a normal boxing match, McGregor will not allow it to be. In journalism, impartiality is expected. That has not been the case for this event and as such, I’ll go down the road less traveled…….

A few signs leading up to the fight may suggest that number fifty may be different.

Mayweather has always been the undisputed champ of the pre-fight trash talk and head games. That is not the case this time around. McGregor has equaled him and at times has surpassed him. Maybe nothing, but as we’ve come to know Mayweather over the years and that would have never been the case.

Can you ever remember Mayweather stating that he is disadvantaged in a fight as he did in this interview with ESPN?

Understood that all of this is to sell the fight but so was the majority of all other 49 pre-fight interviews & buildup, but never any statements quite like that.

The tale of the tape favors McGregor; however, two or less inches in height and reach is not significant here unless it is used correctly, more specifically the jab. If McGregor is able to use his two inch reach advantage effectively, he can make Mayweather reset his attack which is something he is not used to doing. Mayweather wants to dictate the terms and will be uncomfortable if he is unable to do so.

The angles by McGregor will be key and may provide a bit of confusion for Mayweather. They are unorthodox in a boxing ring due to the way they are used in the octagon. Using angles for striking only is different than using angles to protect against takedowns and kicks. As such, McGregor will have success in masking his attack through distance.

What may be a telling sign early in the fight is the energy and explosiveness that McGregor brings. In the octagon, you kick, knee, grapple, strike, go to the ground, get up, grapple again, strike again and all this for five minutes straight. Arguably, the exertion that that exudes is more taxing in comparison to the three minutes in the ring, not to mention there are probably more lulls as well in the squared circle comparatively.

Seems McGregor would have exuberant amounts of energy in the tank for this one. Three minutes of only striking and movement may seem like a holiday for McGregor compared to the energy exerted through all disciplines of the octagon.

Again, the key will be the effectiveness in what he does with this energy. It must be, dare I say it….effective aggression. Different sport, different rules.  It’s no secret that McGregor will not out-box Mayweather and will have to make it a back alley brawl. He’ll need to cut off the ring and again, make Mayweather uncomfortable. In the few fights that Mayweather has shown vulnerability it has been those times when his opponents have made it dirty and rough.

But……..beware of the counter punch. If McGregor’s aggression is uncontrolled, he will fall into one of Mayweather’s greatest strengths which is his counter punching.

Eight hundred and seventy-four words in, we have finally arrived to the key of the fight. If McGregor’s defense and movement is such that he can avoid Mayweather’s counter punching, he will be able to land his power which will change the tide of the fight. If he is able to stun Mayweather and sustain his attack, all those that bet the house on Mayweather may need to be rushed to the emergency room.

Mayweather has vowed to come forward in this one, doubtful but we’ll see. With that ring I.Q., it seems unlikely that he would not use his advantages and rather enter into McGregor’s one true advantage. The gloves have been changed to eight ounces so closer to McGregor’s comfort level but also will be different for Mayweather in that he’s wearing a lighter glove which most likely will be conducive to his speed.

And what of the Mayweather layoff? It will be the longest of his career at a few weeks short of two years. His previous long was about a year and ten months when he was thirty-two. Mayweather is a gym rat and is always in shape, combine that with the fact that he always knew he would return for number 50 in an attempt to break the late great Rocky Marcianos’ record and the ring rust should be minimal, but… he is forty now. Is this the night he gets old? If so, he’ll be in deep against a young lion.

If you’re into dates, keep in mind that Marciano started his career on March 17, a holiday that celebrates the patron saint of Ireland and also National Muay Thai Day. McGregor will start his career in a match where Mayweather will try and best Marciano.

Can The Notorious One channel his inner Robert Langdon and crack The Mayvinci Code? Forty-Nine have tried, will fifty prevail?

One thing’s for sure, this fight is not as one-sided as it may appear. McGregor is a combat athlete of the highest of levels and is here to win for more than just money.

The kid from Crumlin who survived the mean streets to build his brand internationally has been doubted before. It’s what feeds his inner demons. No more dangerous a man than one who does not give a fuck.

It’s early morning in Dublin, Ireland, the sounds of a rambunctious crowd empties out from a local pub into the morning air. The native son has shocked the world.

At that same moment in Las Vegas, Nevada, the house has won again. (Assuming of course that most of the money was on Mayweather, if not, well, let’s just say what happens in Vegas…)