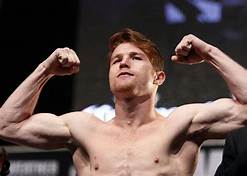 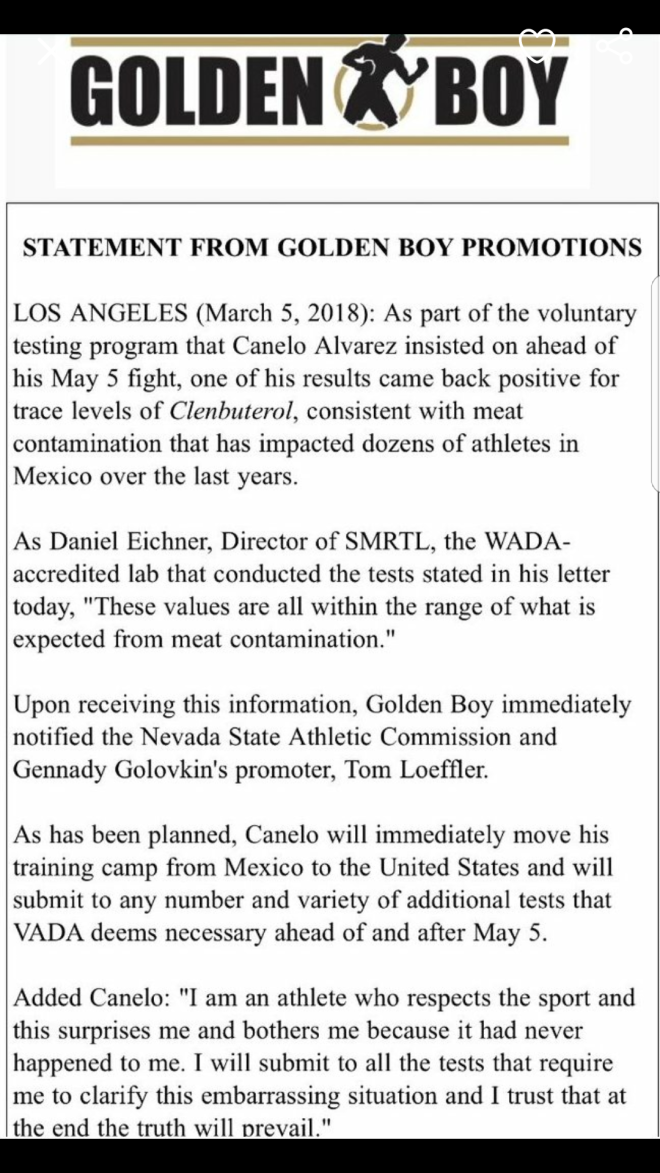 The NSAC will meet with Alvarez on April 10 to discuss the matter.

The timing of the suspension is more than a coincidence as earlier this week, Gennady Golovkin was very vocal about Alvarez. Golovkin made statements that he believes that Alvarez has been a user of PEDS and also that there is evidence that shows needle injection marks on Alvarez.

“Again with the Mexican meat? This is Canelo, this is his team, this is his promotion, Canelo is cheating, using drugs, and everybody is jus trying to pretend it’s not happening, pretty obvious when Canelo’s muscle’s were all enlarged…traces of injections. I can talk about Oscar De La Hoya too, he is also not clean, he’s dirty”

The big rematch between Alvarez and Golovkin scheduled for May 5 is on for now but could be in serious jeopardy pending the outcome of the April 10th meeting.

This is boxing where the all mighty dollar is king so it is doubtful that the millions on the table would go away. That said, the boxing world is watching and awaiting the NSAC decision which could potentially have ripple effects for years.

More to come as this story continues to develop…..