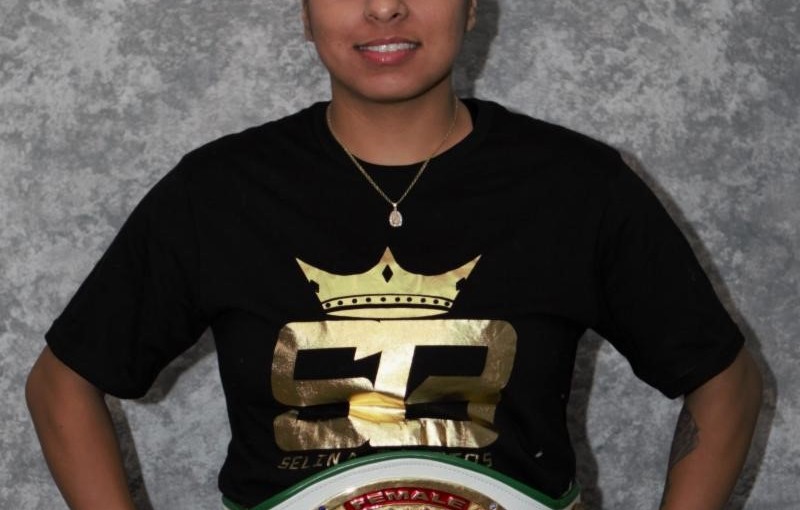 On the line will be Selina’s NABF Lightweight title. The 10-round bout will take place at Whataburger Field, home to the Corpus Christi Hooks, the double-A affiliate of the Houston Astros.

“Patricia Juarez asked to fight me, and I feel that part of being a champion is accepting fights with worthy opponents,” said Selina Barrios, who hails from San Antonio, TX. “She is an undefeated fighter with the same record as me, and her sister is a future Hall of Famer. I look forward to making a title defense against a worthy challenger like Patricia Juarez.”

“I want to represent Mexico and fight on behalf of my country, and win this title for my people,” said Patricia Juarez, who trains in Denver, Colorado. “I asked for this fight, and now I have it. I can’t wait to take advantage of this opportunity and follow in the footsteps of my sister Mariana. I’m going to bring home a victory for my people back home in Mexico.”

In her last bout, Barrios, who is a devastating power-puncher, scored a sensational knockout against previously unbeaten, Aida “Lady Sparta” Satybaldinova (3-1-1). The knockout has already been featured on many boxing publications list for knockout of the year, as Barrios showed off uncanny punching power for the women’s lightweight division.

“Selina Barrios is one of the most talented fighters in the world and will be a force for anyone in her division,” said Kerry Daigle, Selina Barrios’ advisor. “What separates Selina from the rest of her peers, is her high-level ring intelligence, along with devastating punching power”

Barrios, who captured the NABF Lightweight title in only her third pro fight is taking a Vasyl Lomachenko approach to women’s boxing as she is facing her third undefeated fighter in a row.

“Corpus Christi fell in love with Selina’s style and power in her last fight, and what she is doing in women’s boxing, hasn’t been done before,” said Colin Campbell, who co-manages Barrios with his dad Charles. She is fighting the best opposition she can and knocking them out in dramatic fashion.

“There is no doubt in my mind, Selina will be the next female fighter to showcase her talents on a major network,” stated co-manager Charles Campbell. “She has the fighting style that everyone wants to see. She truly is the Roberto Duran of women’s boxing.

This event titled “Heavyweight Boxing Showdown” is brought to you by CCC ENTERTAINMENT in conjunction with CC HOOKS, HOUSTON ASTROS, and KEEPPUNCHING ENTERTAINMENT.