After a true feeling out first round, Bellew seemed to surprise Usyk with his boxing ability and movement over the next two rounds. It was Usyk after all who was the pure boxer here, not Bellew the puncher.

Usyk had his moments but it was Bellew with the cleaner shots, better defense, and ring generalship in the first three rounds.

In the 4th, Usyk began to take over applying more pressure by working off of his front foot and began to throw his left from calculated angels. This would be his blueprint for the impending KO.   The next two rounds were close but edge to Usyk for landing the cleaner, harder shots, controlling the majority of the round, and out boxing Bellew.

There were signs in the 7th that Usyk was beginning to break Bellew down. Usyk walked Bellew down more in this round than the first six combined and did damaging work with Bellew on the ropes. Bellew looked fatigued and showed signs that the Usyk’s work was getting to him.

In the eighth, Usyk hit Bellew on the bottom of the chin with a short choppy straight left that stunned Bellew. Usyk then pulled back his money maker and let it rip directly back to the same exact spot……BANG! 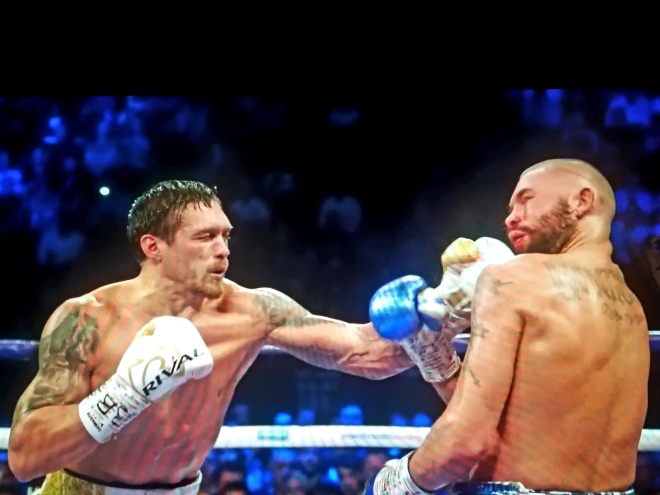 With the KO, Usyk remains the undisputed, undefeated cruiserweight champion and most likely has placed himself into the “Fighter of The Year” discussion. Fellow Ukrainian, the great Vasyl Lomachenko was the 2017 FOY.

If I ever see Usyk or Lomachenko at a bar, my response to the bartender….”I’ll have what their having”………