“I had fun in there with a tough opponent like that,” said Charlo. “I got the win and that’s the main thing. I still feel I’m the best in the world. I just need to prove it to the rest of the world.” 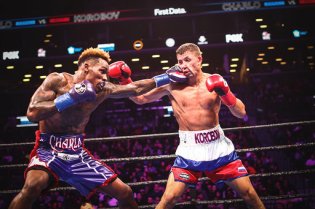 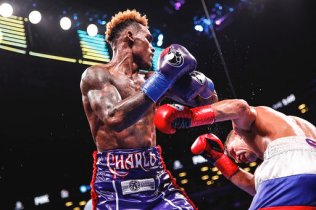 The southpaw Korobov had success early countering Charlo with straight left hands that landed cleanly, even if they didn’t deter Charlo from coming forward. Korobov was successful countering to the body as well and ended the fight with a 119 to 114 advantage in power punches landed according to CompuBox. 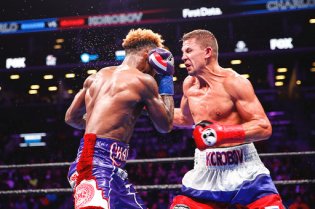 Charlo stayed consistent with his jab however through the early rounds and began to break through later as Korobov’s right eye appeared to close during the middle rounds. Charlo out-jabbed Korobov by a 56 to 9 advantage in jabs landed, and also threw nearly 200 more punches throughout the fight per CompuBox.

In round 12 Charlo closed the show and nearly stopped Korobov, who used his experience to hold and move enough to survive the round. Charlo landed a clean left hook to the head early in the round that put Korobov on shaky legs, and he followed up with several strong punches that forced Korobov to try to survive.

“I used everything that happened tonight as motivation in the 12th round,” said Charlo. “I haven’t been that far in a fight in a couple of years. It felt good to be in there, get hit and bang with someone. He was an experienced guy who will make me better.”

After 12-rounds of action, Charlo won the unanimous decision by scores of 119-108 and 116-112, even after watching his twin brother lose a tough decision minutes prior to his fight starting. 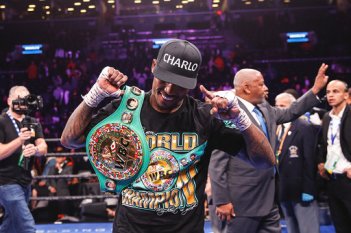 “I felt like Jermell made his fight harder than it was,” said Charlo. “I had a really tough opponent, but he wasn’t better than me. There was a lot on my mind in the ring.”

Korobov thought he had done enough to win the fight after he stepped in as a replacement opponent one week prior to fight night.

“I thought that I won the fight,” said Korobov. “It was definitely a fight that could have gone either way, but I believe the people know that I won. I’m the most avoided fighter in boxing and I showed why tonight. I hope this performance will get me another title fight.”

In a back-and-forth title showdown, Detroit’s Tony Harrison (28-2, 21 KOs) pulled off the upset to win a narrow unanimous decision over Jermell Charlo (31-1, 15 KOs) and capture the WBC Super Welterweight Championship. 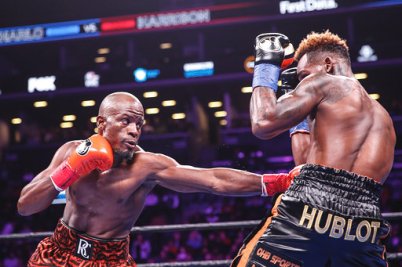 Charlo expressed his disagreement with the judges’ decision after the fight. “They took that fight from me,” said Charlo. “I was pressing the action. He didn’t win that fight.” 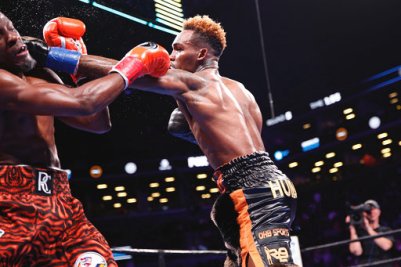 Harrison was effective with his jab as he attempted to keep the power-punching Charlo at bay. Harrison landed his biggest punch of the fight in round five when a straight left appeared to temporarily stun Charlo. 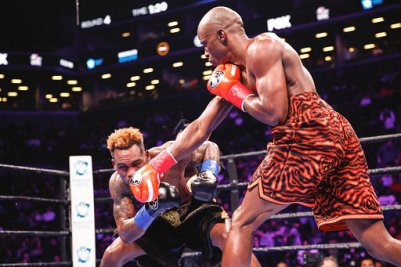 Charlo was able to land several effective power punches throughout the 12 rounds, including an overhand right late in round five that wobbled Harrison. Round nine saw both men land significant shots, which lead to an exchange where Charlo urged Harrison to keep coming forward.

Harrison was caught off balance in round 11 and again in round 12 by Charlo power punches, but was able to use his movement and hold at key times to survive both rounds. After 12 rounds of action the judges preferred Harrison’s jab, movement and counters to the forward-charging power punches of Charlo.

All three judges scored the fight for Harrison, by scores of 116-112 and 115-113 twice. Per CompuBox, Harrison connected on 34 percent of his punches throughout the fight to Charlo’s 29 percent clip, while Charlo out landed Harrison 160 to 128, plus a 108 to 71 advantage in power punches landed.

After the fight, Harrison indicated he would be willing to give Charlo a rematch while Charlo immediately stated his intention to get his belt back.

“Jermell – you gave me a shot – I’ll give you a rematch,” said Harrison.

In the opening bout of the telecast, top heavyweight contender Dominic “Trouble” Breazeale (20-1, 18 KOs) delivered a once-punch knockout victory over Carlos Negron (20-2, 16 KOs) in the ninth-round of their heavyweight showdown.

“I knew the big shot was coming, it was just a matter of time,” said Breazeale. “I was setting up that right hand all night. Since the third round I noticed he dropped his left hand when he took a step to the left, and that’s what I got him with.” 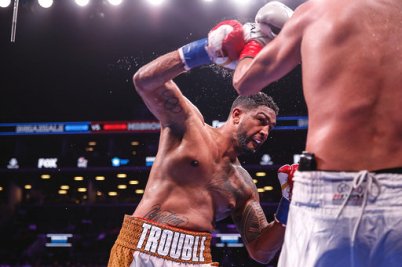 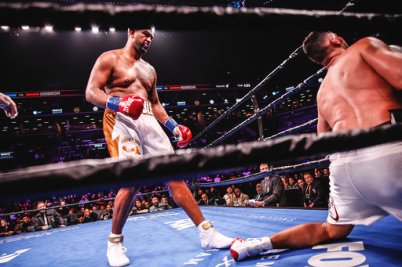 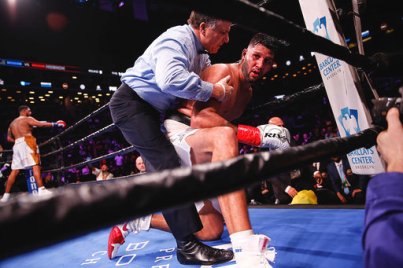 Breazeale started out slowly as Negron was able to score early with a lead left hook and an effective body attack. Breazeale stalked his opponent and threw power punches with some success before connecting on a huge right hand before the bell to end the fourth round.

“It’s been a long stretch since I’ve been in the ring,” said Breazeale. “I definitely worked off some ring rust, worked some great combinations and body shots, and finally got the knockout.”

The 2012 U.S. Olympian Breazeale had more success through the middle rounds, controlling the action with his jab and pressure that negated Negron’s offense. Midway through the ninth round, Breazeale caught Negron in the corner and connected on an overhand right that sent Negron crashing into the ropes.

Referee Arthur Mercante stopped the bout 1:37 into the ninth round. Breazeale, who is the mandatory challenger for heavyweight champion Deontay Wilder, had a message for the champion, who was seated ringside.

“I’m next in line for Deontay Wilder and I’m coming for him,” said Breazeale. “I’ve been waiting for him and I did what I had to do tonight. I’m ready for him now.

“I know Wilder is here in the crowd. He came to watch. He knows I’m next. He better be holding on to that belt really tightly, because I’m coming. ‘Trouble’ is already here.”