PBC on FOX and FOX Deportes action begins at 8 p.m. ET/5 p.m. PT and is headlined by undefeated WBA Welterweight World Champion Keith “One Time” Thurman returning to the ring after a lengthy injury layoff to defend his title against veteran Josesito López and also features unbeaten featherweight contender Tugstsogt Nyambayar battling hard-hitting Claudio Marrero in a 12-round bout.

Kownacki met with fans and media at Amber Steakhouse in Brooklyn, near the Greenpoint neighborhood where he lived for much of his life after moving to Brooklyn from Poland as a child. January 26 with be the eighth time Kownacki fights in his hometown, dating back to 2015. 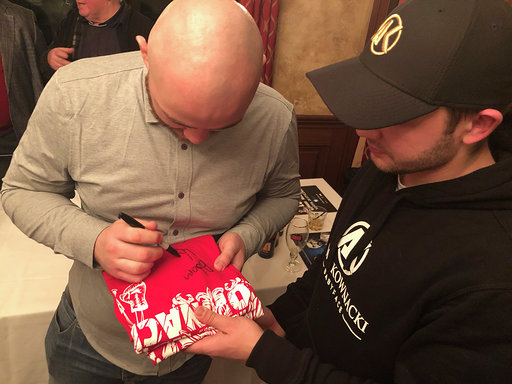 “It’s a bit of a fairytale story for me,” said Kownacki. “I was just a little kid from Brooklyn wearing the Golden Gloves, and now I’m fighting at Barclays Center. Hopefully next year I’m the main event. That’s the goal and it’s going to be a dream come true.”

After winning his first two fights at Barclays Center in 2015, Kownacki fought on the January 16, 2016 undercard of the heavyweight title fight between Deontay Wilder, and Kownacki’s countryman, Artur Szpilka. A crowd of nearly 13,000, a majority of whom were donning the Polish red and white, saw Kownacki defeat Danny Kelly by decision for his 12th pro win.

After two more fights at Barclays Center that featured an increase of Polish fans buying tickets for Kownacki, he was set to face Szpilka in an all-Polish heavyweight battle at Nassau Coliseum at NYCB Live in Long Island. Kownacki put on a spectacular performance for another large contingent of Polish fans in stopping Szpilka in the fourth round.

“The Szpilka fight was a big moment for me, but it was really an appetizer to my main course of becoming a threat to everyone at heavyweight,” said Kownacki. “I can’t wait to hear the Polish fans out there on January 26 again in the red and white. I’m expecting another tremendous atmosphere and I’m definitely coming to send them home happy.” 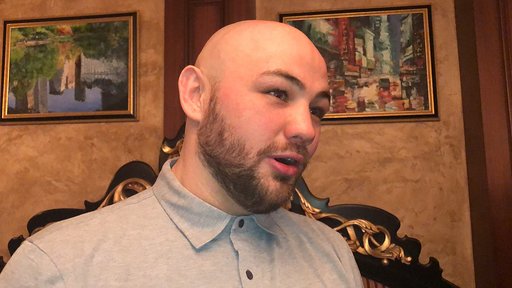 Kownacki has continued to climb the heavyweight rankings with victories in 2018 over former heavyweight champion Charles Martin and Iago Kiladze. The six-foot-six Washington will provide another stiff challenge for Kownacki as he seeks to continue to establish himself as a contender.

“I know that Gerald Washington is going to bring his ‘A-game’,” said Kownacki. “To me it’s similar to the Kiladze fight because he’s a runner who can box. I’m looking to do the same with Washington and punish him to the body. The taller they are, the harder they fall. My goal is to become heavyweight champion of the world and in order to do that, I have to get by Washington.”

Tickets for the show, which is promoted by TGB Promotions in association with DiBella Entertainment, begin at $50 and can be purchased at ticketmaster.com, barclayscenter.com, or by calling 800-745-3000. Tickets can also be purchased at the American Express Box Office at Barclays Center. Group discounts are available by calling 844-BKLYN-GP.