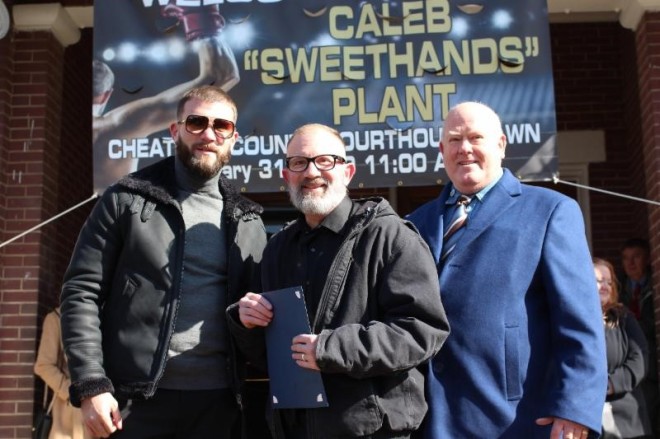 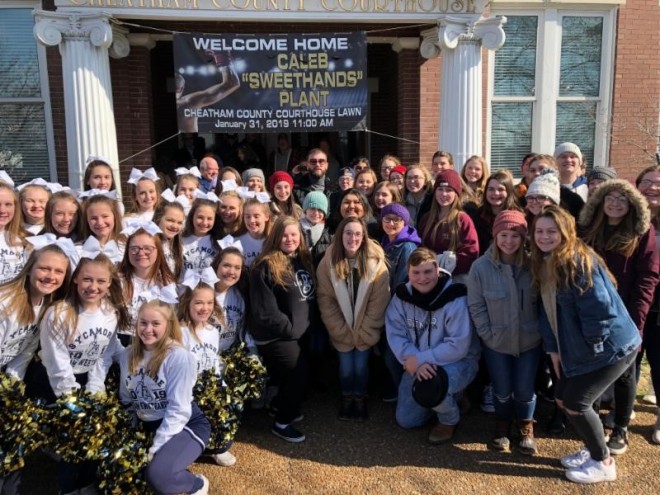 At the event, January 31, 2019 was officially named “Caleb ‘Sweethands’ Plant Day”. In addition, Caleb’s dad, Richie Plant, also received a proclamation for his hard work, sacrifices, and dedication to bringing boxing to the community of Ashland City.

“It was a great feeling to be honored by my hometown where it all started,” said Caleb Plant. “Watching my father get a proclamation for his hard work as well was incredible. Seeing all the fans and media show up was unbelievable. It was a great day filled with a lot of uplifting emotions and I’m grateful for the love and support my city showed me today. I’m hoping to bring a big fight out here soon. January 31, 2019 will forever be Caleb ‘Sweethands’ Plant Day!”

“It was such a pleasure to give the community an opportunity to meet and congratulate the champion in person,” said Mayor Kerry McCarver. “Caleb makes us all proud in his drive to the top of the boxing world. Cheatham County got to declare Caleb ‘Sweethands’ Plant Day to truly let him know how special he is to all of us in Cheatham County.”

“Today, Caleb Plant proved he’s not only a world champion in the ring, but a world champion in life,” said State Senator Kerry Roberts. “His words of inspiration to his hometown prove that he’s a man who worked hard to keep the promise to his precious daughter. He’s a great example to all and worthy of honor and respect.”

“In meeting Caleb, I have never been more impressed by a young man than I was with him,” said Mayor Steve Allen, Town of Ashland City. “He is truly more than a world champion boxer, he is a champion of life and no one in this world deserves more than Caleb. I hope I can always call Caleb and his family my friends because that would be an honor for me!”