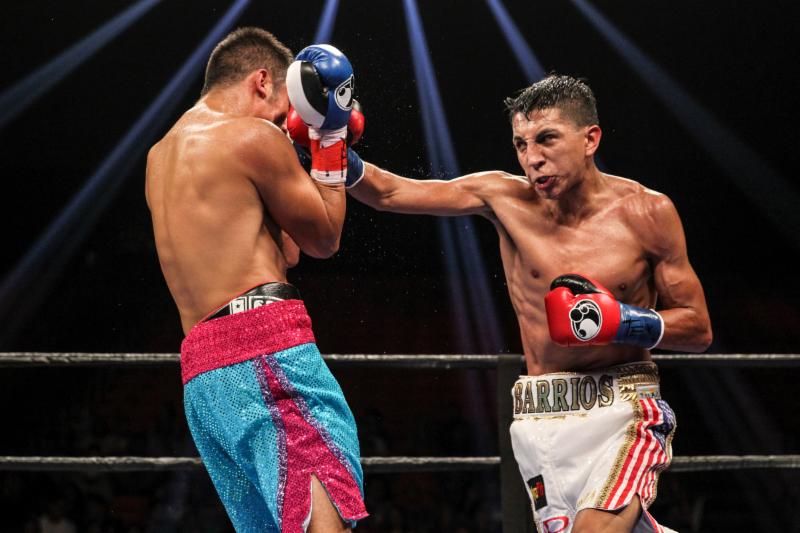 EL PASO, TX (July 19, 2015) – In his first 8-round bout, undefeated Super-Featherweight sensation, Mario Barrios (10-0, 5 KOs), cruised to a sound victory against Arturo Esquivel (9-3, 2 KOs), to record his tenth win.  The impressive conquest took place this past Saturday at the Don Haskins Center in El Paso, Texas on the PBC on CBS event, headlined by Carl Frampton vs. Alejandro Gonzalez Jr.

Using his tremendous height and reach advantage, Barrios controlled the action with a long jab and precise combinations.  Esquivel, who was the naturally bigger man, wasn’t able to land any clean punches on Barrios, who won every round.  Scorecards read 80-72 across the board.

“Going eight rounds for the first time was a great learning experience for me.” said Mario Barrios, who is managed by Al Haymon. “I was able to pace myself throughout the entire fight and never got tired.  I could have gone four more rounds if this was a twelve round fight.  Esquivel is a very tough fighter and I’m glad we both came out healthy.  I’ll be ready to get back in the ring as soon as Haymon has another date for me.  I’m very thankful for all the opportunities Haymon Boxing has given me.”