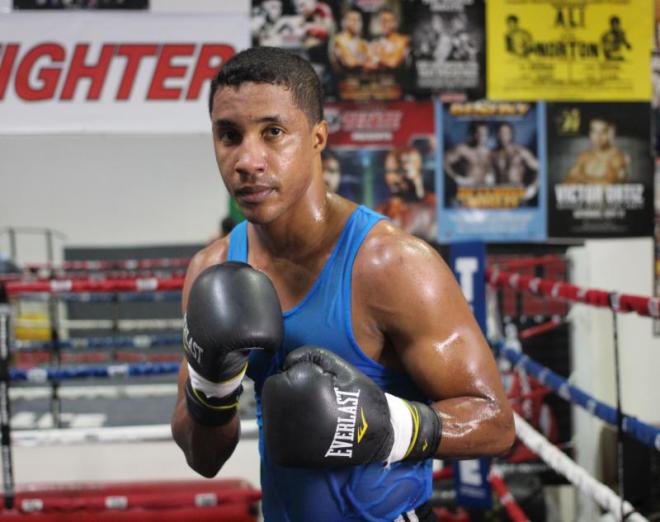 Velásquez was born in Cataño, Puerto Rico where he and his twin brother both competed in amateur boxing growing up. He was a member of the 2004 Puerto Rican Olympic boxing team, but also won the featherweight title at the Central American and Caribbean Games. Training out of Las Vegas, NV with esteemed boxing trainer Roberto Norris, Velasquez shares his thoughts on training camp, fighting for Puerto Rico and fulfilling his dream of becoming a world champion.

On fighting for the Puerto Rican fans in this first world title opportunity:

“I was born and raised in Puerto Rico and I love my countrymen and country. Becoming a world champion is something I’ve been working hard for my whole life. From coming up as an amateur and Olympian to now, I have dreamed about winning this title. The time has come to take my career to the next level. Being that this is my first world title shot, I’m fully prepared to show the world that I’m a great fighter and that I intend to bring the title back home to all my family, friends and fans on September 29th.”

“Fortuna is considered one of the great fighters in the 130-pound division for a reason, he’s never lost. But he’s never been in the ring with a technical fighter like myself. He has a lot of flaws that we are going to expose.”

On his world title opportunity coming on FS1 & FOX Deportes:

“I find myself in a comfortable position training with Roberto Norris, who is working great with the physical attributes that God has blessed me with. Being that Fortuna is a southpaw, a great game plan must be implemented, and Norris has a masterful strategy in place. The knowledge that Norris conveys is really making a difference in my approach. I’m confident I’ll be able to dictate the pace of the fight and negate anything Fortuna tries to impose.

On working with strength and conditioning coach Ángel “Memo” Heredia:

“Angel Heredia is one of the best strength and conditioning coaches in boxing. With all the work we’ve done, I’ve never felt stronger going into a fight. His techniques are second to none. My stamina will be at peak performance when I step in the ring. In addition, Memo brings a lot of experience to my corner.