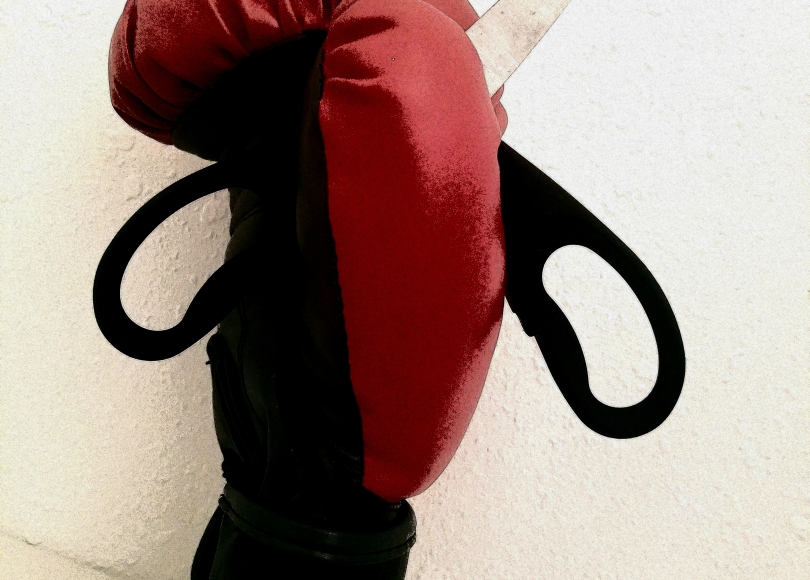 It’s been awhile, April of 2018 to be exact, since I last posted Sweet Science Snippets, formerly known as…Snippets On Arguably The Hottest Topics In The Sweet Science This Week.

I’m looking to get back to posting this feature regularly. For those that do read it, thank you and enjoy!

Check out some past Weekly Snippets and then scroll down for this week’s edition…..

Joshua “Don’t Blink” Greer Jr. (20-1-1, 12 KOs) brings a pillow to press conferences and in the ring that reads, “ZZZ  Night Night”. The pillow is a prop to signify what he will do to his opponents….put them to sleep.

On Friday night, his past pillow actions almost went the way of a cautionary tale. He was dropped by challenger Giovanni Escaner (19-4, 12 KOs) at the end of the third round. It was a shot right on the nose that was more of a surprise and wake up call than anything else.

Greer went on to recover and stop Escaner by a wicked body shot in the eighth to extended his knockout streak to seven.

Vote Mikaela For Mayer!!!…Of The Ring

Larios was scrappy and just skilled enough to get under Mayer’s length early looking to land counter shots. Mayer is too skilled though and adjusted her approach after a few rounds and then began to impose her will en route to the win.

You know what you will get with Mayer, an excellent active jab which sets up everything, a powerful left hook, a disciplined body attack, overhand and straight rights, and a killer instinct. Ya, pretty much the whole package. Very well schooled.

If there was one area that she could benefit from, it would be to use her size and fight tall. There were many times in this fight where she fought small, allowing her shorter opponent to have some success.

One things for sure….can’t wait to see her again.

Look for her soon in Standing-8’s sequel to March 2017’s  article- Million Dollar Ladies, The Resurgence of Women’s Boxing. https://standing-8.com/2017/03/27/million-dollar-ladies-the-resurgence-of-womens-boxing/

How’s The Weather Up There? En Fuego….

At 6’7, Sebastian “Towering Inferno” Fundora (12-0 8 KO) is not your typical super welterweight. In watching him Saturday night, I observed qualities rarely seen by a tall fighter. He covers his midsection well. The belly would be an area for a shorter fighter to exploit but Fundora uses his elbows well in protecting his core. As soon as he throws his punches, his arms move back defensively. No doubt, instinct that was ingrained in him early.

On Saturday night, he dusted Donnie Marshall (10-1 6 KO) in less than three rounds. He dropped Marshall with an uppercut and then unloaded a barrage of punches to force the stoppage after Marshall returned to his feet.

Does Fundora have things to work on? yes, but again he’s young and he can learn the things that will make him better. The positive here is that he already knows the things that are hard to learn. So, in that sense, he is well ahead at this point in his career.

A few more observations that jumped out at me.

Channeling their inner Byrd scoring system, the judges for Omar Figueroa (28-0-1, 19 KOs) v. John Molina Jr. (30-8, 24 KOs) must have been told this before the fight….. “Under no circumstance are you allowed to take off your blindfold. If I find that you have, I will hurt you. Do you understand?”

Molina Jr. fought his ass off. His body of work clearly won the majority of the rounds. Figueroa did well in spots but it was clear that his layoff and ring rust were his demise.

Standing-8 had it 2-2 after 4, 3-3 after 6 and 6-4 Molina at the end. Yes, you can make a case for a draw if you gave the swing/close rounds to Figueroa or even a one or two point edge for him; however, the fact that the three judges gave Molina only 1, 2 and 3 rounds respectively is an outrage.

Molina clearly won more than 1-3 rounds. It took forever for the cards to be tallied and read and we all know what that means…. and they didn’t disappoint.

“If you hear something in the ring, you tell me. But you never ever take off your blindfold. If you look, you will die. Do you understand?”

It’s clear they did.

Featherweight champ Leo Santa Cruz (36-1-1 19 KO) did what he was supposed to do to a three week late replacement for the injured Miguel Flores, he dominated.

With his trademark body punching, Santa Cruz softened his game, tough opponent, Rafael Rivera (26-3-2 17 KO), early and often. He popped his straight right solidly and his defense was a bit sharper than I remember seeing from him in the past.

His trademark uppercuts were on full display and he backed up Rivera constantly, who clearly has an inability to work off his back foot. He was tailor-made for the champ.

Back To the Gypsy That I Was….

Tyson Fury (27-0-1 19 KO) signed a co-promotional deal with Top Rank/ESPN on Monday under the watchful eye of promoter Frank Warren, Queensberry Promotions. Deal is contingent upon two fights a year.

Unclear now is the rematch with Deontay Wilder (40-0-1 39 KO). Wilder advisory, Al Haymon, the guy everyone wants to thank but is about as common a sighting as a Yeti, is a servant leader who would flourish in any business. He prefers to leave the spotlight to those that he leads.

It has been said that Haymon and other promotional companies have reportedly not played nice in the sandbox. Hopefully not another cold war….just when boxing, more specifically the heavies were heating up….say it isn’t so…

Anthony Joshua (22-0 21 KO) and Jarrell “Big Baby” Miller (23-0-1 20 KO) will face each other on June 1 at Madison Square Garden. If the build up and the fight match today’s opening news conference, we are in for a wild ride.

Joshua and Miller did their best of “playing the dozens”.