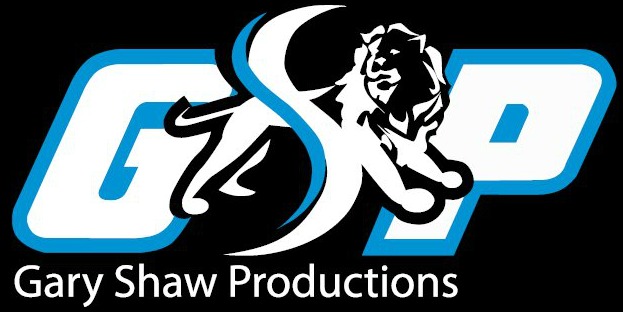 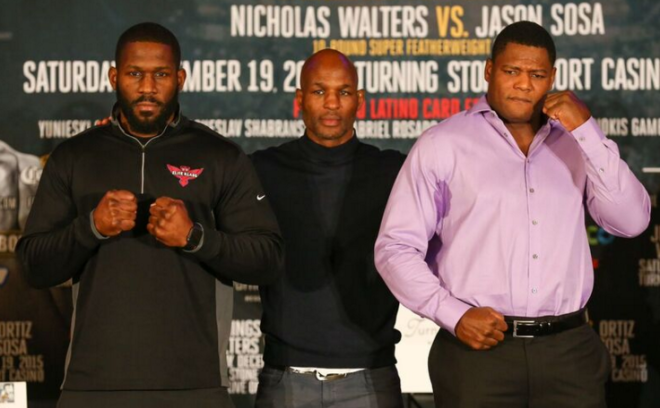 VERONA, NEW YORK (Dec. 17) – Fighters featured on the December 19 HBO Boxing After Dark and HBO Latino shows shared their final thoughts ahead of Saturdays fights at the final press conference today at Turning Stone Resort Casino in Verona, New York. Former heavyweight world title contender Bryant “By – By” Jennings (19-1, 10 KOs) of Philadelphia was joined at the final press conference by his opponent Cuban heavyweight Luis “The Real King Kong” Ortiz  (23-0, 20 KOs), who will clash in the main event on the HBO Boxing After Dark telecast on Saturday for the WBA Interim Heavyweight World Title.

Below is what the fighters and their teams had to say at today’s final press conference at Turning Stone Resort Casino:

“Thank everyone for this fight and making this event happen. Preparation went as planned. I moved to Florida and had a great camp; it was a great environment. There will be no surprises on Saturday.”

“I have worked very hard to be here, and I will not waste this opportunity. We will see on Saturday who is the best.

“I am a man of few words and will let my hands to the talking.”

“To make the best fights you need to have great partners getting together that will make fair deals.

“These fighters are hungry and ready to brawl on Saturday. Bryant Jennings had a great performance at Madison Square Garden recently. Luis Ortiz is just as hungry. I want to thank Gary Shaw, HBO, Mario Serrano and everyone that has been part of this promotion. It has truly been a pleasure.”

“2015 is the best year I will remember as a promoter. We’ve had excellent fights, competitive match ups this year. This is what boxing needs at this moment, and Golden Boy Promotions has been instrumental in helping deliver these entertaining fights to the fans. Jennings vs. Ortiz will be yet another one of those entertaining, high-action fights the fans want to see.”

“I want to thank HBO, Gary Shaw Productions, Golden Boy Promotions and the WBA.  With the WBA Interim title on the line, we at GSP believe Bryant Jennings will be victorious.  He has a new coach in John David Jackson and they are working harmoniously together.”

“Thank you to team Jennings, and to Bryant for being part of this team. Saturday, you’ll see. We will prove that we are the best.

“Bryant has worked hard this is what he wants and what he desires. He will be the heavyweight world champion of the world.

“Camp has been going well. We have been in camp for than more than a year. Luis lives in the gym – he doesn’t take a day off.”

“We have prepared well for this fight, and he has been doing his due diligence. I will not be surprised when he wins.”

“Luis has a lot of reasons to win and persevere. Saturday night, we will have the victory; it’s coming.”

“Thank you to HBO for all that they do for boxing. Thank you to Golden Boy Promotions- everyone there is a great person and we have a wonderful relationship.

“It will be a tough battle with two tough stars and big stakes for the winner.

“Nicholas is very powerful and had a great amateur career. This is his first time at 130 pounds, so we are not sure what we will see on Saturday night with him.”

“As they say, 130 lbs. is his territory. I am willing to fight at whatever weight. I had an excellent training camp in Panama.

“We are going to be OK. I hope he is ready because we are going to put on a good fight. Thanks to HBO and all the promoters. I want to make a big statement for 2016-we are ready.”

“Thank you to God; thanks to HBO for believing in me; thanks to Top Rank, Russell Peltz, and Golden Boy Promotions. Training camp has been great, and my game plan is excellent. I’m ready to give the fans what they want.

“Walters is coming in to my territory at 130 lbs. There is a big difference in this weight division compared to what he is used to. He will find out really quick what I am really all about.”

“It is great to be here at Turning Stone Resort Casino and is a pleasure to work with Golden Boy Promotions, looking to go great things together. Thank you to HBO as well. This will be a spectacular show.

“Yuniesky Gonzalez came up from Cuba, Mexico, and Florida to try and find a manager. He is an accomplished fighter, and I have tremendous high hopes for him. This will be a big fight between two warriors, and he is not going to disappoint.”

“Thank you to God for giving me this moment. Thank you to my promoters, Star Boxing and Golden Boy Promotions and HBO for everything.

“I feel good. I have the reality of Shabranskyy, but I feel very good. He is a good fighter, but I have come a long way and I am going to make a statement.”

“Thanks to HBO for everything they have done for me. I wouldn’t be where I am in my career without them. I am ready for this opportunity.”

“Thank you to God and thanks to HBO for trusting me. That is what I am here for, to give an exciting night. Thanks to SMS Promotions for having me here and to continue my promotional deals.

“Thanks to HBO for the opportunity, and we look forward to working with you in the future.”

“This going to be a great show on Saturday. I am glad to be here. I’ve come to do what I’ve come to do. Thanks to SMS Promotions for having me and for supporting me.”

Tickets for the Dec. 19 HBO Boxing After Dark and HBO Latino Boxing event start at $25, $35 and $60 for ringside seats plus applicable fees and are available at the Turning Stone Resort Box Office by calling 315-361-7469 or online at Ticketmaster (www.ticketmaster.com).

Jennings vs. Ortiz is a 12-round heavyweight bout fight for the WBA Interim Heavyweight Title presented by Golden Boy Promotions in association with Gary Shaw Productions and is sponsored by Corona, Mexico – Live It to Belive It! and Carmelita Chorizo. Walters vs. Sosa is a 10-round junior lightweight bout presented by Top Rank in association with Peltz Boxing Promotions and Warriors Boxing Promotions. Doors open at 6:00 p.m. ET and first fight begins at 6:05 p.m. ET, and the HBO Boxing After Dark telecast begins live at 10:15 p.m. ET/PT.

Gonzalez vs. Shabranskyy, is a 10-round light heavyweight bout presented by Golden Boy Promotions in association with Star Boxing. The HBO Latino Boxing telecast begins at 12:15 a.m. ET/PT (tape delay).